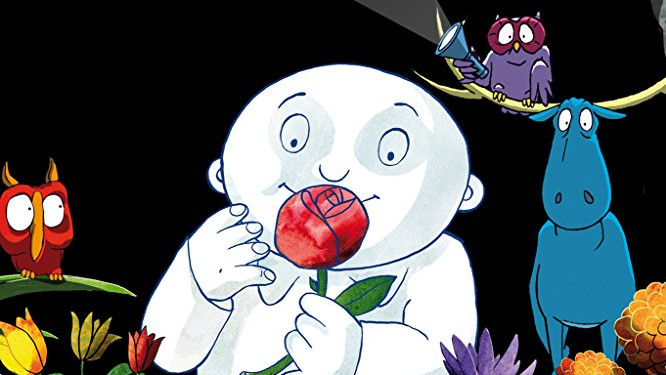 The Moon Man is lonely, so he is looking for adventures and makes his way to Earth. Everything is completely new and looks fantastic for him, but he also meets people, who don’t want good.

The film based on picture book by Tomi Ungerer published in 1966 was a Franco-German Coproduction of Schesch Filmkreation, Munich/Berlin, Le Pacte, Paris and Cartoon Saloon, Kilkenny. The film premiered in June 2012 and was in the cinemas about six months later.

The Moon Man project was the most distant place to work for me so far. In 2011 I moved to Kilkenny, Ireland to work there for 4 months in the wonderful studio of Cartoon Saloon. The production of the backgrounds was based in Ireland, and I was a member of the background team. It was a great adventure for me, almost like the Moon Man’s trip.

I will never forget this film and the work for the Oscar-nominated Studio Cartoon Saloon. I loved to work there, though I was homesick sometimes.